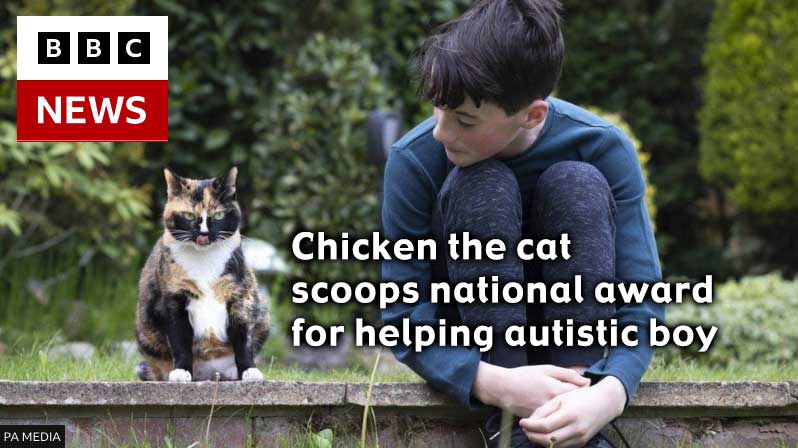 Elliot Abery, with his pet cat Chicken
Chicken won the “Furr-Ever Friends” category at the awards on Thursday

A cat named Chicken, who is an anxiety-battling companion to an 11-year-old autistic boy, has scooped a national award.

The 10-year-old moggy brings comfort and support to Elliot Abery from Thatcham in Berkshire.

Chicken came top in the “Furr-ever Friends” category after being picked by a panel of judges, which included England Lioness Ellen White.

The accolade celebrates “tales of friendship” between cats and children.

The annual National Cat Awards, held on Thursday, were organised by welfare charity Cats Protection and honour the feline friends that have gone above and beyond as pets.