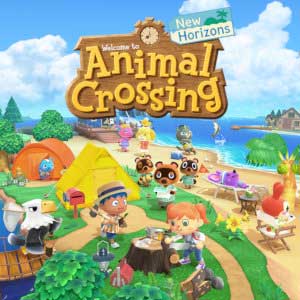 (available on Nintendo Switch only)

With it now being just over a month since I got Animal Crossing on release day I think I can safely give my opinion on the game and what it’s like to live with it. the game has that same sense of what makes Animal Crossing great but also has a whole bunch of new features that really add a sense of freshness to the franchise. As for the quarantine factor it’s damn near perfect for isolation with sheer endless single and multiplayer as you customise, maintain and live your best life on your own deserted island. The game offers both local and online multiplayer between switches allowing you to have friends visit your island and to have up to 8 members of your household and this was a key factor for success in my playthrough. I ended up joining a Facebook group with some friends that go to a Liverpool Magic the Gathering commander night I used to attend at Just Play games prior to quarantine and it proved very useful for everyone since I was able to have my friends to come to my island for better deals at the shop with turnip prices and I was able to get some of the fruit that was not native to my island which sell for better on my island. The multiplayer is an excellent experience though would encourage you to use the Nintendo Switch app if you do since it takes a long time to type in messages using the switch alone, even more so if you’re using the Switch docked to the tv and don’t have access to the touch screen

Overall thoughts: Great game, Animal Crossing has never been better, bring back most of what was great and adds new stuff that fits right in, won’t convert anyone not already a fan.

Would recommend Buying it either physically over the internet or digitally from Nintendo’s e shop it’s about 5.6 GB without updates so won’t take up too much space especially if your Switch has a good Micro SD card
Calvin – Nerd Consultant
Share This Post: