Inside Out – A Family Review 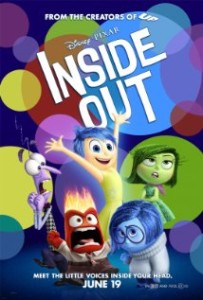 A Family Review of the Film “Inside Out”

I liked it when they got back to headquarters but I didn’t like it when Bing Bong faded away. I liked when sadness made Joy drag her around the library. I think the message of the film is don’t throw any of your emotions away and never run away. Don’t let your anger, fear or disgust take over.

I really enjoyed this film. I particularly liked how it separated the emotions and explained them to the audience. It was very sad at times but definitely grips you too. I would recommend this as a film to watch as a family.