Extraditing the Autistic for Alleged “Crimes” to the U.S. 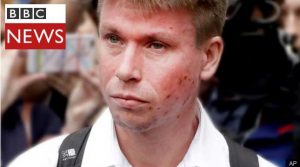 In the last few days the BBC reported that
“Home Secretary Amber Rudd has signed an order for the extradition of a man with autism to the US, where he is accused of computer hacking offences.”

Now, I am autistic, but have had an interest in “Language & Law” for longer than I have had my diagnosis. I have no television and have not been keeping abreast of the news, however hearing “FBI hacking suspect Lauri Love’s US extradition order signed” I find both confusing and disturbing. 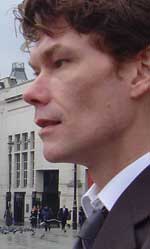 My confusion perhaps arrises due to the recollection of a gentleman called Gary McKinnon, who back around the turn of the millennia appears to have been accused by the “United States” of very similar “offences”. Please note, I differentiate between an “offence” and a “crime” (which English Law does, despite deliberate obfuscation of the two concepts by some – in MY OPINION I must add).

For those who do not know or remember, Gary McKinnon was accused of being a “Hacker” back in 2002 by U.S. authorities who claimed he had perpetrated the “biggest military computer hack of all time”. McKinnon stated that he was merely looking for evidence of free energy suppression and a cover-up of UFO activity (which at the time was what attracted my interest to his case).

Without getting deeply into McKinnon’s story, IF my recollection and understanding is correct, around 1999-2000 using a 56k dial-up modem (the equivalent of a carrier pigeon compared to our current fibre optic broadband), he “explored” parts of the internet by entering “default passwords”. The US argument appeared to me to be that the supposed “damage” he’d caused, was in reality paying a chap $50 per computer to change the password from whatever the default one was, which the Americans tallied to something like seven hundred thousand dollars!

On 16th October 2012, after a decade of legal proceedings in Britain, the BBC reported that the then Home Secretary Theresa May withdrew her extradition order to the United States. As described by the BBC, her reasoning and statement included:

“The sole issue on which I have been required to make a decision is whether Mr McKinnon’s extradition to the United States would breach his human rights.
Mr McKinnon is accused of serious crimes. But there is also no doubt that he is seriously ill.
He has Asperger’s syndrome, and suffers from depressive illness. The legal question before me is now whether the extent of that illness is sufficient to preclude extradition.
After careful consideration of all of the relevant material, I have concluded that Mr McKinnon’s extradition would give rise to such a high risk of him ending his life that a decision to extradite would be incompatible with Mr McKinnon’s human rights.”

Theresa May said it was now for the Director of Public Prosecutions, Keir Starmer QC, to decide whether he should face trial in the UK.

SO, now I hear a gentleman named Lauri Love APPEARS to find himself in extremely similar circumstances (from my perspective). I notice some of the wording is a little different (always a worry to me!), and that he is being “charged extraterritorially with stealing data from United States Government computers including the Federal Reserve, the US Army, Missile Defense Agency, and NASA via hacking.”

The similarities to me are a little peculiar, not only the alleged acts, but also the characters. For instance, Theresa May was involved in McKinnon’s case in her then role as Home Secretary, whilst now her role is Prime Minister as Lauri Love is being accused. Professor Simon Baron-Cohen was also involved in confirming both McKinnon’s and Love’s diagnosis.

And yet Lauri Love appears to be receiving much more cynical treatment, such as Peter Caldwell (who is representing the US authorities) suggesting in Court that Mr Love and his family had courted the media over his case. Caldwell put it to him that he and his supporters had crafted a media strategy and consciously sought to garner support against extradition. Mr Caldwell also suggested Mr Love tried to put himself in the imprint of Gary McKinnon.

My confusion may stem from what I perceive as “a precedent being set”. IF it is true that we are “All equal in the eyes of God and the Law”, and IF the High Court previously set a precedent for Gary McKinnon, what EXACTLY makes Mr Love’s case different?

I remember rather vividly as it happens, watching an interview with Gary McKinnon when he was first accused, and to me his INTENT appeared obvious (which I would perhaps flippantly surmise as “prove the liars wrong and save the world”). I haven’t followed Love’s case at all, so can’t really hold an opinion of his intent. What I can say though, is that it appears the allegation against McKinnon was that of “causing damage”, whilst the allegation against Love is of “theft”.

I do not condone the actions of Gary McKinnon, but I do consider his INTENT “honourable”. If Lauri Love can demonstrate his intent was also “In the Interests of All”  or “For the Greater Good”, then I see absolutely no reason why he should not be charged and tried in this country for any “crime” or “offence” it is alleged he committed, as the US Legal System is NOT the same as the English Legal System (American Law appears to me to encourage coercion to make “Plea Deals”  as I understand it).

Now I know that a diagnosis of Autism is not ever an “excuse” to “break the law”  (that which I perceive as a “crime”), however I also do not believe complying with “Legislation” (that which I perceive as dealing with an “offense”) can be used as an “excuse” to “break the law”  (hence soldiers, policemen and civilians alike not being able to claim “Superior Orders” – also known as “the Nuremburg Defense” ). The idea that one can can commit “hurt, harm or loss”  to another (“crimes” in my book) and claim “I was told to”  is an unreasonable defense per se in my humble opinion. It may constitute “mitigating circumstances” under certain conditions though, but to this day I still wonder how the subjects of the Milgram Experiment would stand in a court of law had the events been real!

I think there is a distinct possibility that we “Autistic Folk”  may at times act out of curiosity, or perhaps a compulsive desire for “truth”, or maybe seeking “justice”, without fully appreciating or comprehending the consequences of our actions. This is where I find another beautiful concept in “Law” – the difference between “The Letter of the Law and the Spirit of the Law”, which is why establishing INTENT feels so important to me.

From my naive and “ill-informed” perspective, Gary McKinnon was an innocent (albeit misguided) individual who committed no crime and was not charged in this country. I suspect and hope that the case against Lauri Love goes the same way as did McKinnon’s, however I never suspected we’d “Brexit” or be calling Donald Trump “President”… hence I find my Self both confused AND disturbed!!!
Dream – Guest Contributor
Share This Post: