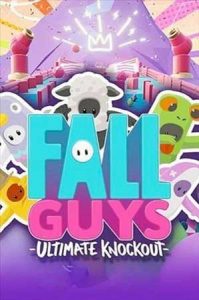 (Available for PlayStation 4 and PC)
(PC version used for review)

Fall Guys is an online battle royal game which mimics the contests of Japanese gameshow Takeshi’s Castle andhas generated quite a buzz online with many influencers and reviewers streaming the game. obviously I couldn’t ignore it since it would be a talking point but can a game worth £!5 be able to take attention away from players on systems that largely house a wide range of Online games which are both to free with microtransactions like Fortnite or require a subscription like Overwatch. The question I asked was would this be game I would largely play online multiplayer for on regular basis like I do with Splatoon 2 and Overwatch. Well after owning the game for a weekend and doing several matches I can say that this is going to be an really good game to repetivly play online that will create a community. you play 5 rounds of mini games against 59 other players and will occasionally team up though most games are every person for themselves with several players being eliminated each round. the minigames are randomly generated though most are races to the finish whilst avoiding obstacles though there are games of tag and various ball games

Fall Guys is a pretty repetitive but addictive game with good controls and games that really got me to enjoy an online battle royal which is no easy feat. However the lack of reward left me with not as much reason to compete, by contrast Splatoon 2 is also very repetitive but the in game rewards make competing and experimenting with different combinations really worth doing. this is a game that is clearly going to get a lot of free updates so this one will only get better as time goes on but the microtransactions also left me with a bad tatse. Don’t get me wrong I had fun and I think people should give it a go when they have a chance though go in with tempered expectations I don’t think this is the next really take over the world with it’s popularity game like Fortnite or Apex but I wouldn’t mind being proved wrong about it.

It’s digital only and would say your enjoyment will depend on how much you enjoy wackier online multiplayer games as opposed to competitive ones. Also save your money with microtransactions and dlc it’s really not worth.

It’s not currently available on Switch but keep your eyes out I have a suspicion this is going to drop on the eshop after a Nintendo Direct in the future (note: that is not me predicting the date of a direct or that one is close to being announced it is just me suggesting it would be the environment to shadow drop a switch version in the future)
Calvin – Nerd Consultant
Share This Post: