Ori and the Will of the Wisps – Game Review 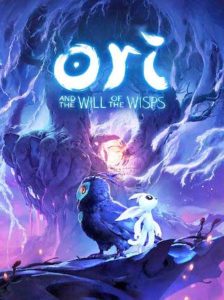 Ori and the Will of the Wisps

Ori and the Blind Forest has been a game I played through rather recently picking up the game in a Nintendo e shop sale and already it’s in at least my 20 favourite games if not top 10. It’s an excellent example of both a precise platformer and a Metoirdvania with a story that really kept my interest with very minimal dialogue of the small guardian spirit saving a forest from decay and a giant owl named Kuro. The original was a pioneer in both story telling and graphics being one of the best looking games if on both the Xbox One and the Switch with a real style of it’s own with clear influences from classic films from studios like Pixar and Ghibli. Ori and the Will of the Wisps is the follow up which has been at every single X Box conference for the last 3 years at E3 before finally releasing in March. Moon studios has clearly put a lot of time and effort into expanding the world and gameplay of Ori so how does it play.

Spoiler warning for the end of Ori and the Blind Forest

Ori and the Will of the wisps takes place just after the restoration of the forest after Kuro sacrificed herself to save the forest and restore order at the end of the last game and life has settled back to normal. The family has welcomed the new edition of Ku the small owl that hatched from the egg from Kuro’s nest and we see the friendship between Ori and Ku grow. During Ku first successful flight she and Ori are split and end in a new forest which has been ravaged by the villainous Shriek and Ori must now travel across this forest to restore life to it to save it’s residents and Ku

The story itself is somehow even better with a lot more characters this time round for interaction purposes to further the plot which I initially thought would take away from the great level of isolation that the first game gave but it actually makes the world feel lived in and gives a sense of urgency to restore the forest to its former glory and I was really eager to keep going with the main story to see what happens next. This is particularly highlighted by a side quest to restore a village which requires getting resources through exploration. I also really appreciate that this game has a very well-made environmental message which doesn’t smack you over the face, like the last game the environment itself becomes the main enemy for most of the time. The world feels a bit bigger this time round with far more areas to explore with once again a lot of variety of environments which challenge you in new ways. you get a lot of your old move set back along with some new abilities and once again it’s used to make some of the best trail and error precise platforming challenges that reward succeeding when taking risks and it will require good knowledge and improving your skills in the game. trust me when you die it’s going to feel like your fault and not the games fault. It’s also not much longer with a play time of about 10-15 hours depending on how much of the extra side quests that have been added. The game doesn’t overstay it’s welcome in that time and the game has excellent replay value with playing the game with various difficulties as well

moon studios have seriously impressed me with this entry given their set up. Ori and the Will of the Wisps is going to be a contender for my game of the year. it takes what was already a great game and somehow improves on it giving us a sequel that is a credit to everyone involved and things that were already great but somehow improves on it. I wold recommend playing Blind Forest before this if you haven’t already but this is somehow an even better game and I said that not going in with the expectation that would not be the case.

get this game if you can it’s not a large digital file on either Xbox One or PC and there’s a physical copy available for the Xbox One version. It’s also only £25 at full price so it’s not relatively expensive and will likely be even cheaper on a sale
Calvin – Nerd Consultant
Share This Post: