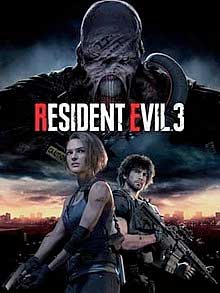 After my game of the year last year was the excellent Resident Evil 2 remake i was excited to learn of the Resident Evil 3 remake that was in development and got fully revealed by Capcom in a January edition of the State of Play. After what Resident Evil 2 did to update a game that’s 2 decades old it would be interesting to see how with the same gameplay and design choices an update to the follow up game would be especially with a relatively short devlopment time. You can get more thoughts on the game on mine and Ren’s stream of the game on my personal YouTube channel but here’s the rundown. The remake once again reimagines the events of the PS1 classic putting us in control of Jill Valentine in her attempt to escape Racoon City during the T-virus outbreak whilst being hunted by the bioweapon Nemesis who has been unleashed by the Umbrella Corporation in order to cover up their criminal activities by eliminating the members of S.T.A.R.S. which Jill happens to be a surviving member of. Now the big talk of this game was how they would handle Nemesis given how Mr X was updated for Resident Evil 2 remake. A lot of speculation was put out about how Nemesis could break into save rooms and would pursuit you throughout most of the game, I can tell you those reports were incorrect. Mr X would stalk you throughout large portions of the game and his presence could easily find out where you were and hunt you down if you were too inconspicuous making you think whether you would kill the zombie with a gun and risk having him hear you since you could only stagger him and not kill him. Nemesis maintains many of those qualities but 2 playthroughs have confirmed that all your encounters with him are tough and he will relentlessly pursuit you with only the ability to stagger him, all his encounters are scripted to certain segments of the game and if your aware of that each playthrough makes him less and less terrifying since you will learn how to avoid him. plus, Nemesis wasn’t even the hardest enemy that made me the most worried. That went to the Beta Hunters which move fast, hit like tanks and have Insta Kill moves (more about that later) which made any encounter with them terfying. as for the quarantine factor I don’t blame Capcom releasing a game about a viral outbreak during an actual viral outbreak, April 3rd was always intended to be the release date and it would’ve be an incredibly awful thing to pull the release just days before release. I would say however don’t even bother installing the online multiplayer that comes with it because it is really a novelty at best and really did not hold my attention. This is not a game me and my friends are going to be playing on our online game nights. The multiplayer is dived into players and mastermind who puts enemies for the player to fight. However it’s incredibly difficult in my experience to get a game as the mastermind even living in an area with excellent internet access so I gave up most of the time.

It’s a good game but it needed a bit more time in development and a bit more content to warrant replay value plus it doesn’t feel as interesting as it’s predecessor last year and I’m hoping that some of the feedback that has followed this game’s release for the announced Resident Evil 4 remake.

If you want a resident evil game with lost of excellent and repayable gameplay I’d sooner recommend you pick up Resident Evil 2 remake instead but pick this one up by all means it bares mentioning again that it’s not a bad game
Calvin – Nerd Consultant
Share This Post: