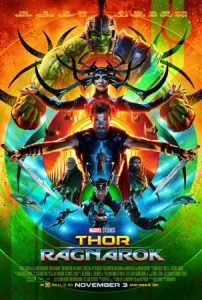 Well, that’s it for this week.

If you liked our review of Thor and you want to see a more in depth detailed review or see a different kind of review, then check out mine and Ren’s Vlog review of the film and we also do a spoiler and a non-spoiler review, so take your pick. Yes, we will make one this time, unlike Kingsman where we ran into difficulties.
Time to move on, next week I review another Agatha Christie adaptation of her most popular work. It’s the Kenneth Branagh’s adaptation of Murder on the Orient Express.
Thanks a lot for reading my review. I hope you have enjoyed reading it as much as I have enjoyed writing it, oh, and yes, I forgot to mention, none of Thor’s catchphrases have been in any of these movies, what a wasted opportunity!
Calvin – Nerd Consultant
Share This Post: