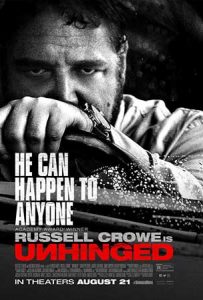 Yes, it’s happened. Reviews are back. Some cinemas have started opening up and new releases are being slowly trickled out. So here’s where The Film Society will be going forwards: I will be getting these reviews out whenever I can, however, for safety purposes, I will not be going to see more than one film in the cinema a week. And I would say no matter how much you want to see your film, if you cannot social distance in a screening and you are at all in a high risk category, it is in your best interest to leave and ask for a refund. If the cinemas have put you in a dangerous position, you are well within your right to demand your money back for loss of services. However, I would say if you can go to the cinema and you feel safe to do so, by all means go and see films – the cinemas really could use the trade right now and the cinema industry, and the film industry by extension, could be in very serious jeopardy to do so otherwise. Obviously, not every week is going to have a new release anymore and my area could be put into a lockdown at any time, so I might not be able to get to the cinema at all times. So, don’t expect these reviews to be weekly. From now on, I will not be stating what next week’s review will be, though I will state that I’m going to be consistently looking for new releases to review.

Now, Unhinged is the first film to be back. It’s been kicked around the release schedules quite a bit, obviously because of the situation right now, though it’s been pushed forward from what was intended to be a September release to a July release. The film has been directed by Derrick Borte, director of American Dreamer and The Joneses, and has a very basic plot – it’s basically about a road rage incident between a single mum named Rachel, played by Caren Pistorius, and a man played by Russell Crowe. We never actually find out his name, and in the closing credits he is referred to as “the man”. After refusing to apologise for honking her horn when he was meant to move, he goes on a tirade rampage and works to make her life a living hell. No, really, that’s the plot. That’s all it took. Okay, I’m being a bit facetious – the early portions of the film do make clear that Russell Crowe’s character is taking a lot of pills, which is clearly messing with his inhibition, and the very first thing we see in the film is him murdering his ex-wife and, presumably, her new lover. I have some thoughts on that, but we’ll get back to that in a minute.

I’m going to start by saying some positives because this film does not deserve a 33 on Metacritic; we are not talking bottom-of-the-barrel here by any stretch of the imagination. And I’m not saying that just because this is the first time I’ve been allowed back in a cinema since March. Unhinged’s strongest point is the fact that its characters are not dumbasses. How many times do you see films like that where someone won’t ask for help or makes a really stupid decision that would obviously get someone killed? For example, early on, Rachel believes that she’s seen the man’s car in a petrol station that she’s due to go in, and normally in a film like this she’d just dismiss it, but in this case she actually asks people in the petrol station for help who believe her and actually attempt to help her. My reaction in the cinema was, “Finally, film characters who aren’t morons and actually ask for help when something’s clearly wrong!” The only reason that this film goes on as long as it does is because the man’s actually quite decent at outsmarting Rachel and kind of gets a bit lucky every so often. And again, another film where the police aren’t dumbasses and don’t take ages to react to something. It actually kind of lends the film a semi-realistic feel that they haven’t lengthened the plot through dumb clichés.

Now, that being said, I can’t say too many more nice points about the film. What I find interesting about it is that the early footage is showing real acts of violence usually involved with teen drivers, which clearly sets up that this film is meant to be some sort of commentary on society; how anyone can just snap when they are having a bad day. The problem is that the film doesn’t really have much to say about it; it never suggests that Russell Crowe’s character has been wronged. He’s obviously gone through a terrible divorce, as seen in a rather tense scene later when he interacts with one of Rachel’s best friends who’s acting as her divorce lawyer.

But here’s the thing: the film kind of betrays itself. The very first thing we see is Russell Crowe’s character abusing pills and killing two people, then setting a house on fire. And the film never really portrays him much as an everyman because then he has to transition into being a blood psychopath, and it almost makes it seem like he always was that. As a result, any sort of commentary this film was meant to give is gone. Unhinged’s biggest problem is that, but it’s also the fact that it’s got a lot of rather dull transition scenes at the beginning of the film. Many early portions of this film are spent in traffic jams, and this is usually designed to deliver exposition and set up plot points for later on in the film. Trust me, I predicted one-liner dialogue was going to come into force at the end of the movie and I was absolutely right. Though, on that note, I don’t even play Fortnite all that much and I even know that strategy is rubbish. Trust me, that will make sense after you see the film. Thank you once again, Fortnite product placement. It’s so blatant in this movie I have to wonder how much money they paid, and why the hell is their Fortnite product placement in a 15-certificate movie? (Moving on to me ranting about product placement for an overhyped videogame in a rated R movie. And I know, I probably lost a lot of you by bashing Fortnite but let’s keep going with this.)

So, where does this film really leave us? Well, it’s now kind of become a slasher film. I’ve been watching so many kill counts on the YouTube channel Dead Meat—highly recommend watching it, by the way—that I’ve actually gotten to a stage where I’m just counting, and I think the thing that made me realise partway through that this film wasn’t exactly gripping me was when I was actually trying to tally up how many people had died and realised I’d gotten it wrong. Side note, I’m actually starting to now hear the sound effect from that YouTube channel any time I’m watching a horror film. Now, there’s nothing wrong with a slasher film—I love a good slasher movie—but I feel like this film only decided to be a slasher movie halfway through, and halfway through the film all sense of realism is kind of lost and the laws of Physics are in the corner crying. And of course, as you’d expect since this is an R-rated film in America, the deaths are brutal. There are some really brutal deaths in this movie. Like, seriously. Now, that being said, the gore factor is not really a thing – the film actually is rather light when it comes to gore, and I think that’s actually to this film’s benefit. By cutting away from a lot of these scenes, they’re actually leaving more to the imagination and it actually makes it worse.

As for the performances, well, Russell Crowe’s American accent is a bit dodgy at times but he does a decent job with it, although he seems to definitely be getting more typecast in these sorts of roles; I think this is getting to a stage where he is getting a bit unfairly typecast due to his reputation by some directors and writers that he is hard to work with, and I would like to see more casting agents give him a bit more. In fact, the standout performance in this one is lead actress Caren Pistorius who does a very believable role. And I actually went in not having seen her in another film prior to this; she’s relatively new – the last big project she was in was the Peter Jackson film Mortal Engines, which I haven’t seen.

Unhinged is a pretty unremarkable film and it doesn’t really have much to say about its subject matter, but as a turn-off-your-brain film it’s all fairly decent. And its first half does feel somewhat real even if the first scene does betray a lot of the movie. I wouldn’t describe this film as bad, just unremarkable. And I wouldn’t say it’s really an indictment against the film – I would actually watch this one again potentially, though I’d also be reluctant to do so on the basis that I might even up coming away with a worse view of the film. In other words: it’s not terrible, just nothing great. But this is probably the only new thing you’re seeing in cinemas, so if you’re going to the cinema, this is a pretty good film to watch though if you don’t want to see old films playing.
Calvin – Nerd Consultant
Share This Post: