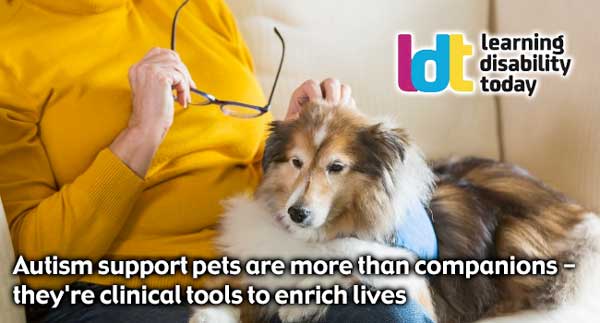 Supporters say animal-assisted intervention for autism bolsters social skills and provides unconditional companionship. But what does scientific research reveal about the value of spending time with a furry friend?

Animals have always been there for Natasha Sheldon-Lane. While humans have often let down the 29-year-old mum of two, animals have been her rock.

When other children were playing with Buzz Lightyear or Spice Girls dolls she was pushing her pet dog Susie, a Jack Russel, around in a pram. She now owns a Dogue de Bordeaux, Lola, three cats, Bob, Mittens, and Tink, and two rabbits, Albert and Snowball.

A “life enhancer, a wellbeing booster, a true autism hero”.

Sheldon-Lane, from Flint, in North Wales, said: “Since I’ve been, well, as big as I can remember I have always preferred animals and being in the house with an animal, whether it be a hamster or a dog, to having friends and people and going out. I have always just been with animals”.

4 comments on “Autism support pets are more than companions – LDT”