Exams: Student with dyspraxia encourages others to ask for extra time – BBC News 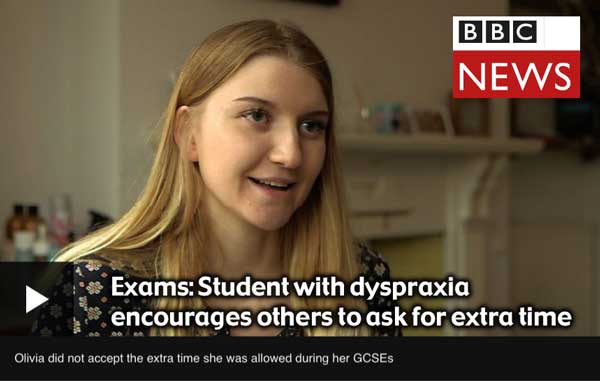 A student has spoken of how she refused extra exam time during her GCSEs because she did not want to be seen as different.

“I just didn’t want people asking me, ‘why do you get extra time?’…You don’t want to be seen to be different,” she said.

Since year 13, she has taken advantage of the extra time, and is now studying at Swansea University.

She said that if others want to get help, it is important to ask for it.

Olivia, who is originally from the West Midlands, said there is still a stigma around access arrangements, such as having extra time, or having a reader or scribe.

Explaining her condition, she said: “It basically means that you struggle with your hand-eye co-ordination.”

“Sometimes you look a bit awkward when you’re walking and daily tasks can be a little more difficult for you.”