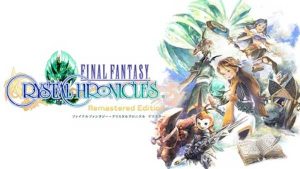 One game Sqaure-Enix has been hyping for ages is their remaster of the Gamecube classic Final Fantasy Crystal Chronicles a multiplayer dungeon crawler spinoff title that allowed you to team up with up to 3 friends using gameby Advances and link cables connected to the Gamecube. Crystal Chronicles has become a cult classic and is often considered one of the best Gamecube games for it’s gameplay as well as it’s throwback to classic final fantay tropes and designs and spawned a further franchise with further games on the Wii and DS which didn’t recapture the magic. This game has been kicked around the release schedule quite a bit being initially revealed during the September 2018 Nintendo Direct with rather vague release of 2019 but was moved about a lot until a concrete release date was finally given earlier this year for August and in all honesty I was looking so forward to playing this game. This has been one of the most anticipated release of the year espically considering Mulitplayer is drastically improved with crossplay online multiplayer added to multiplayer meaning players with the Switch, PS4 and mobile versions can play with one another regardless of which console which I’m going to comment on later on. It was so hard to do the multiplayer without all of your friends having their own Gameboy advances and link cables so to have the online multiplayer means more people can experience the multiplayer aspect of the game. Crystal Chronicles is a spinoff franchise which brings in classic final fantasy iconography, mainly from the first 6 main series games with a bit of 9, which involves you taking a caravan to refill your villages crystal to save it from being consumed from toxic air known as miasma. You can play with up to 4 players online with crossplay between all systems with no offline multiplayer.

I really wish this game was better. it looks great remastered and has a cool world and mythology to back up some cool gameplay but it’s not very fun playing single player and by screwing up the multiplayer, the main drawing point, square-Enix have taken one of the best GameCube games and made it worse and at points unplayable with friends. It’s for that reason I cannot say this game is worth it until it has a major overhaul

It’s digital only but is really not worth the £22 price tag it currently has I cannot say buy it until it gets performance patches or patches to improve the multiplayer.
Calvin – Nerd Consultant
Share This Post: