How Doctor Who tackles dyspraxia in series 11 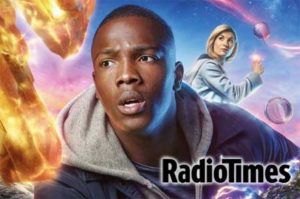 Dyspraxia is a fairly common condition among both children and adults, but the disorder – which effects physical co-ordination and language among other things – is relatively unknown among the wider public, especially compared to other comparable conditions like dyslexia, autism or ADHD.

However, that might change thanks to BBC sci-fi series Doctor Who.