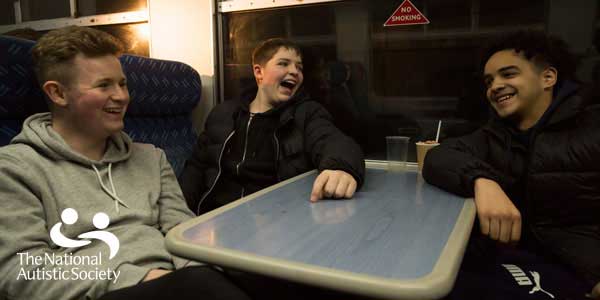 Will you help people understand autism?

Next week, we have TWO massive moments for autism. We need your help with both of them.

On Monday, The National Autistic Society launches the next phase of our groundbreaking Too Much Information campaign to raise public understanding of autism – and we need your help.

As a supporter of our Too Much Information campaign you’ve already had a big impact in reducing the overload for autistic people – thank you.

We need you to share our new video next week with your family, friends and followers and help make sure it gets seen by millions of people.

And then on Thursday, the Rt Hon Dame Cheryl Gillan MP has secured a debate in Parliament on 29 March to recognise the lack of understanding of autism in the UK and the difficulties autistic people and their families face in getting the help they need.

Brilliantly, 32 MPs from all parties helped Cheryl to secure the debate, but we need to make sure as many MPs as possible are there to speak up.

As your local representative, your MP’s job is to represent you in Parliament, which is why it’s important they understand autism and what you think needs to change to make sure that you can get the right support and be included in your local community.

We have created a template email for you to personalise and send to your MP asking them to attend the debate on 29 March.

The debate will be broadcast live on Parliament TV on Thursday 29 March. Follow @autism to find out more.

We know we’re asking a lot from you but we need to make the most of these amazing opportunities to make a real difference.

How to join the thunderclap: