A scandal worse than thalidomide – The Sunday Times 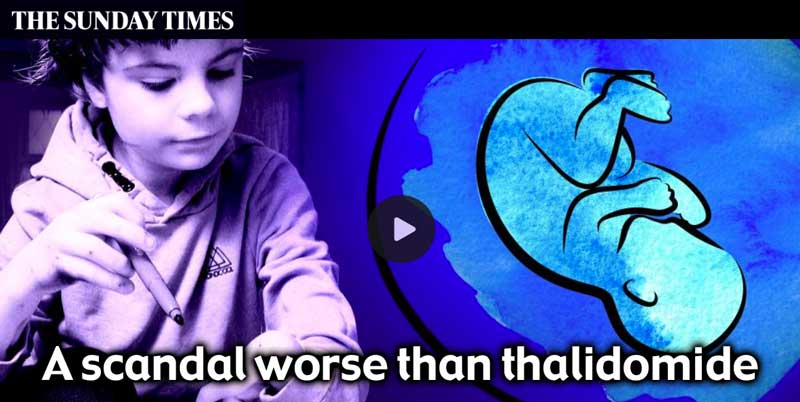 Doctors knew in 1973 that the epilepsy drug sodium valproate posed a risk to unborn children — and ordered that warnings be removed from packets. Almost 50 years and 20,000 disabled babies later, it is still being prescribed to pregnant women

The moment her newborn son Sebastian was handed to her, Catherine McNamara knew something was terribly wrong.

His tiny hands were deformed, unnaturally twisted and facing in the wrong direction. One was missing a thumb.

At first, she and her partner tried not to worry as their baby was taken off for x-rays and examinations. “We thought it was something they could fix,” she said.

But a few days later, the couple were devastated as doctors told them Sebastian’s deformities were permanent — and had been caused by the drug McNamara had been taking to control her epilepsy.

She burst into tears. “I just felt so guilty. All I could think was, what have I done to him?”