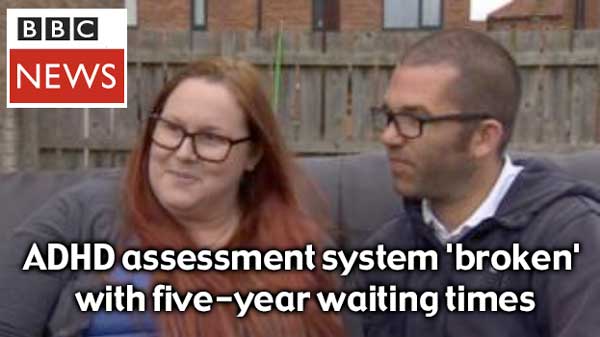 The system for diagnosing adults with attention deficit hyperactivity disorder (ADHD) is “broken” with some people having to wait up to five years to be assessed, the BBC has found.

One patient who was told to wait two years for a diagnosis said: “There are people out there absolutely desperate.”

The NHS trust said waiting times were longer “than we would like”.

The data the BBC obtained was from before lockdown but patients have been told the pandemic has caused further delays.

We spoke to four members of the same family who either had ADHD or were waiting for diagnosis.