Diary of a Young Naturalist, the 16-year-old’s debut, joins 12 other books in contention for prestigious £50,000 nonfiction award 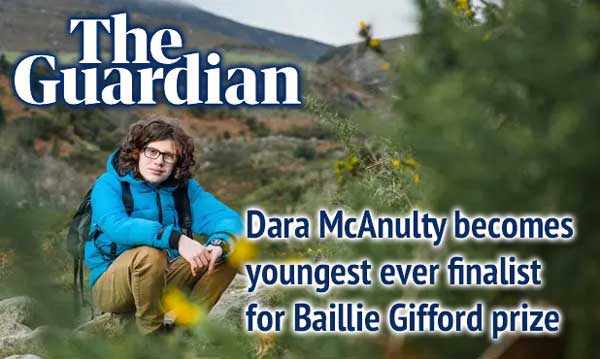 The teenager Dara McAnulty has become the youngest writer ever to be longlisted for the UK’s most prestigious nonfiction award, the Baillie Gifford prize, for his book Diary of a Young Naturalist, which he began writing at the age of 14.

The book chronicles a year in the life of McAnulty, who is autistic, as he deals with his family’s move across Northern Ireland and seeks sanctuary in nature, detailing encounters in his garden and in the wild.