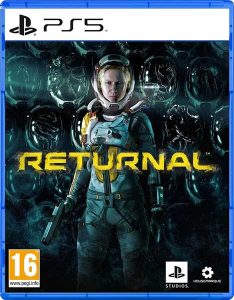 Sony has picked a very inconvenient time to release a new PlayStation 5 exclusive after the news of the Shutdown of Sony Japan Studios and the Bloomberg report which implied Sony’s ongoing direction is to move away from their more experimental games like Gravity Rush, Loco Roco and Patapon and be almost exclusively filling their first party line up with Triple A blockbuster games like this one. Certainly not a good look for the company right now to show that the company is almost entirely abandoning the Japanese market because of a lack of major profit for a cookie cutter approach which could backfire in a big way if your core base gets tired of the same repetitive thing something which Ubisoft has been experiencing for some time. Despite that Returnal, which Sony has been hyping for quite some time, has finally come out after a months delay from it’s planned March release though the news that could reflect PlayStations future has kind of put me in a sour mood prior to playing it. The game is developed by Housemarque and is a third person shooter mixed with a Roguelike. The game centres around a space pilot names Selene crashing into an unknown Planet which sticks her in a time loop which sends her back to the beginning of the loop every time she dies, hence the roguelike elements of randomly generated environments. Now that explanation and just the knowledge of it being a Roguelike may put some people off but knowing Sony, while these Blockbuster games they are making are starting to blend into one anther they are at least interesting and the final trailers before release did show that there would be a genuinely interesting story to go with this game. With this being a PlayStation 5 exclusive and the first major one since the Demon Souls remake isn’t just how good is it but how does it work with the PlayStation 5’s improved hardware and prove this is something that couldn’t be done with PlayStation 4 technology, it’s especially necessary given most of Sony’s big releases for the rest of 2021 that are confirmed have both PS5 and PS4 versions and justification in the PlayStation 5 purchase is something Sony really needs to communicate right now.

As far as a good Roguelike goes you can do both better and worse though this one really does a good job taking the genre to the PlayStation 5 and take advantage of the technology. It’s really awesome to see Sony back a game like this and I had a lot of fun doing several cycles but I wish it had taken a lesson from Hades and added some RPG elements to make each run feel worth it even if I fail miserably. It however has really good graphics, good combat and environments and is very good fun for most of the time. If you’re up for long sessions I’d say give it a go and Returnal is a really good game, the positives do outweigh the negatives, though I wouldn’t say this should be your first Roguelike before a game like Hades which is a better example of the genre.

Given this game is £70 with a sale unlikely any time soon you might want to wait, this isn’t a game you buy a PlayStation 5 for it’s a supplementary game to go with the bigger releases. only buy it now if you have absolutely no intention of buying Ratchet and Clank in the coming weeks since my belief is it will be a better showcase of the PS5 tech
Calvin – Nerd Consultant
Share This Post: