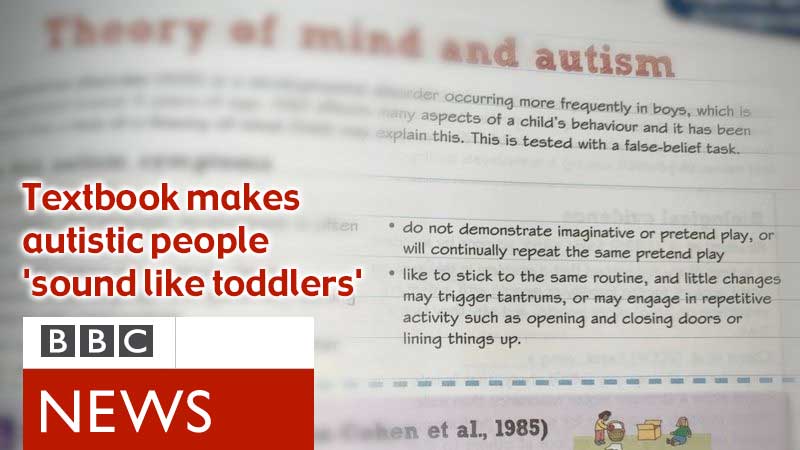 A publisher has said it will conduct an “immediate review” into an A Level textbook accused of being “deeply offensive to autistic people”.

Pearson’s A Level Psychology Revision Guide says children who have “tantrums” due to routine changes may be autistic.

The National Autistic Society called it “misleading” and has urged the publisher to correct the book.

It said: “A meltdown is not a tantrum. It is an intense response to an overwhelming situation.”

The revision guide, aimed at but not approved by the AQA exam board, says some autistic children “like to stick to the same routine, and little changes may trigger tantrums”.

But George, who is autistic and studying A level psychology says: “It makes us sound like toddlers.”

He says: “If that’s how they describe meltdowns what other inaccuracies are there going to be? Calling it ‘tantrum’ feels condescending.”

The Next Axia ASD