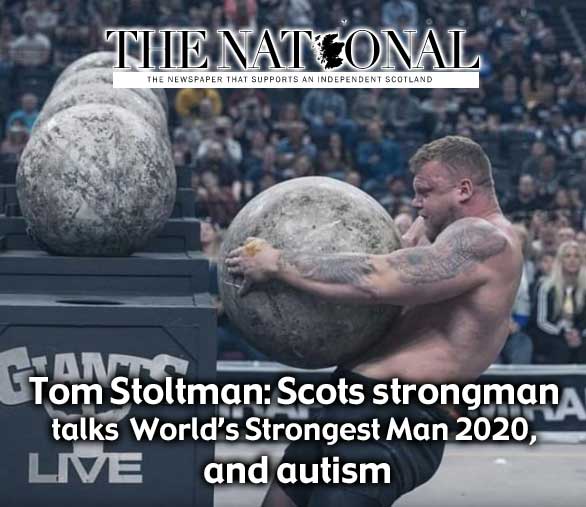 The 26-year-old Highlander became the first Scot, and the first person with autism, to ever stand on the podium of the World’s Strongest Man (WSM) competition.

And Stoltman’s silver medal could easily have been gold. The strongman won more events than any other competitor in the finals, but narrowly lost out to Ukraine’s Oleksii Novikov on overall points because of a slip in the Giant’s Medley.

The event, which saw competitors walk 10 meters with a 125kg anvil, load it onto a tire, and then carry a 454kg yoke weighed down with motorcycles for 15 meters, ended up costing Stoltman the entire contest, but the strongman isn’t letting it get to him.

“It was my first event in the final,” he told The National, “and the anvil just slipped out of my hands.”