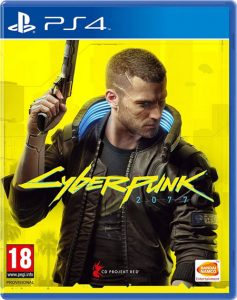 (Available for PlayStation 4, Xbox One, Google Stadia and PC)

Well after so much hype and several delays in 2020 alone Cyberpunk 2077, the latest open world action RPG from CD Project Red is out promising to take open world games to new heights detailing the story of V whose orgin story is altered depending on one of 3 fractions you chose from the beginning and uncover conspiracies across towns tying to the mega corporations that run Night City and fulfil the final wishes of Rockstar turned terrorist Johnny Silverhand (played by Keanu Reeves). The futuristic Cyberpunk setting is nothing new but this game pushes it to the forefront with big plot points revolving around AI and the common use of cybernetic implants. The game has released with a ton of controversy that will be commented on in this review.

Cyberpunk is a decent game but even when you get past the bugs and other issues it’s not a game that’s really that amazing at all. The controls are really good, when the graphics render properly they’re amazing and I hope that the character progression method gets used by other devs but as it stands in my opinion thanks to the rather lacklustre story and world design I don’t find it that enjoyable. This game is a mess at launch pure and simple and it seems that after all the crunch that was put on already overworked employees who have nothing but my sympathies they will be put in the firing line for delivering a broken game because their bosses couldn’t take another necessary delay. As it stands though I can’t be disingenuous and say I enjoyed the game all that much though I absolutely didn’t hate it there’s some great moments in it but I’d be lying if I said this was a game I’m going to play often

If you don’t have a high-end PC I cannot recommend the game at all at this time and would say wait on it if you have to play since the only console versions I’ve heard work well are the Xbox Series X and Google Stadia of all things. When you make Google Stadia look good you know something is wrong.
Calvin – Nerd Consultant
Share This Post: