Jack Monroe is a food writer and poverty campaigner who has been diagnosed with Autism and Attention Deficit Hyperactivity Disorder. 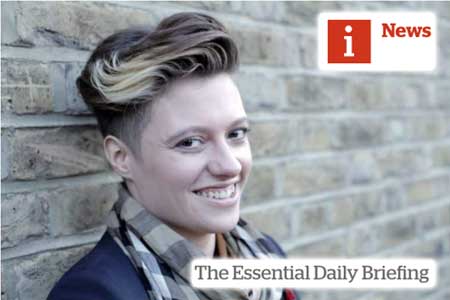 Jack Monroe on the need for low-cost recipes, defeating Katie Hopkins and why her son doesn’t have unsupervised access to the internet

Not that surprising, perhaps. She does, after all, create low-cost recipes for a living. But she can also tell you how much a pack cost last year. And the year before that. In fact, Monroe can rattle off the price rises of basic food products from the past six years. All off the top of her head. The stock cubes, for example, have risen from 10p to 40p, a staggering 400 per cent price rise.

These are the statistics going round in Monroe’s head. The food writer and poverty campaigner who rose to prominence in 2013 as a single mother blogging about how to feed her young son on a budget of just £10 a week, describes her brain as “like most people’s internet browsers”.

“My brain is like this huge, swirling tornado of noise.”

She was diagnosed with autism and ADHD when she was 11 but didn’t receive any medical support until she went to the doctor about an unrelated issue as an adult.