Why Sia’s New Movie is Potentially So Damaging 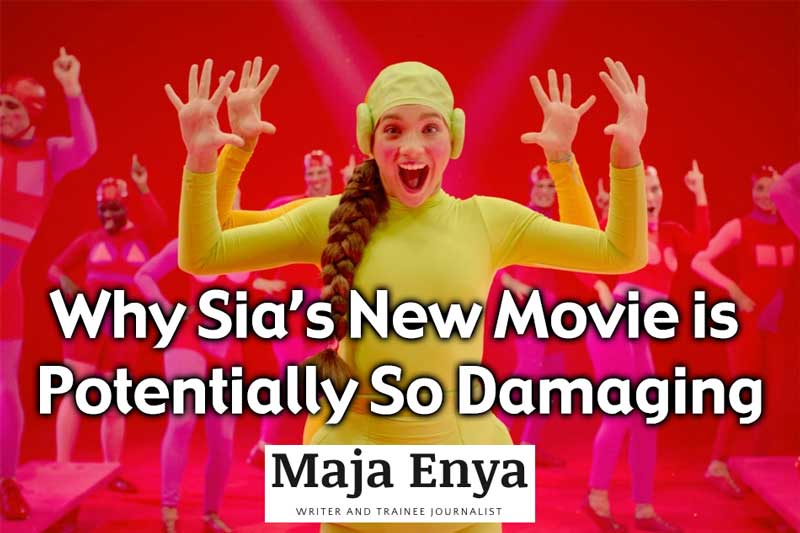 If you don’t already know—though I’m sure most people do—the popstar Sia has recently released her first ever feature film, ‘Music’. A musical, starring—of course—her protégé, Maddie Ziegler. Off the bat, if someone had told me this without letting me in on the details, I’d have been excited. For one thing, while I’m not a massive Sia fan, she is talented, and I did like her early albums. And God knows I love a good musical. So when it was brought to my attention that this was in fact a pretty problematic film to say the least, I was both disappointed and intrigued. I watched the trailer and couldn’t believe what I was seeing. How could a musical called ‘Music’ starring a character called Music be so goddamn tone-deaf? And how, in 2021, had a movie such as this managed to survive every stage and year of production?