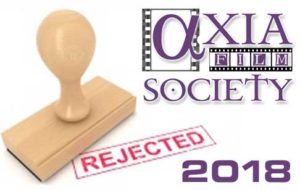 2018 was a pretty decent year for films overall but when I look back over it I find most of the films I was watching this year range from passable to extra levels on both ends of the spectrum. However, that does not change the fact that most of the films I saw this year where mostly in the mediocre category. Now granted, this year I saw less films than last year, so my spectrum of the films this year is not to the highest degree. This was down to a few factors, the beginning of the year didn’t help as I was doing a house move, which meant I had to limit the amount of cinema trips I could do, I also had several other projects I was finalising; trying to take Anime Amigos to the next level and finishing off my book.

These projects meant I had to spend more time at my home than usual, but that doesn’t mean I didn’t go out to the cinema. If I reviewed it, I saw it. In these lists only one film that I am going to mention was a film I didn’t review. So, forgive me if I haven’t seen films. Now obviously with that tight schedule, you’ll forgive me if I didn’t go out of my way to see films that were obviously terrible and received poor reviews as a result. I’ve only got so much time, I don’t need to go and see films I’m obviously going to hate, like, Mamma Mia Here We Go Again and Show Dogs, anyone that went to see that, from the sounds of it, god help you. Let’s go and assume Show Dogs is the worst film of the year and these are more supplementary prizes. Of the films I saw this year however, I didn’t see that many disastrous abominations, but, I did see a few really awful films.

Here’s a few I would like to talk about. Now, if you are new to the Axia Film Society and you haven’t gone back to my previous lists, here’s the requirements for a film: it had to be released to a paying audience in the UK in 2018, this means that films which premiered in America in 2017 but came out over here in 2018 count. I am also not counting film festival releases, so films played at film festivals this year do not count. However, films played at film festivals last year but received a general release this year do count. This also means I finally get to give some recognition to some of the really great films I saw at the London film festival last year, but we will save that for the ‘best of’ list. Many of these films are just disappointing, they are not incredibly terrible but as I mentioned, if I didn’t see them this year, it didn’t count. First off, some dishonourable mentions, I don’t want this to seem like an extra list so I am going to put these in alphabetical order:

• Mary Poppins Returns, Disney’s desperate attempt to keep the franchise alive stems out as an over the top film that has real focus and pacing issues and has nothing to separate it out from its previous movie that I am surprised it is not just a remake.

• The Strangers Prey at Night, here’s an unnecessary sequel to a film you forgot existed until this year. The Strangers is another horror franchise that seems to tie itself to some sort of sense of realism, which it doesn’t really warrant, further proof that this franchise was never meant to be a franchise. The film does have a bit more of a scope this time round, but as a result they lost a lot of the setting that made the first film so memorable.

Sadly, they were the only two I could accommodate. Now that’s the dishonourable mentions.

10. The Nun. Speaking of horror franchises that really seem to get my goat, we now have another entry in the conjuring franchise, which I think everyone is only now beginning to get sick of, but I’ve been bored of it for a while. The Nun is another example of a movie that does a lot of things technically right, but it’s ultimately reduced itself to a jump scare fest that is riddled with issues and it seriously bothered me how week the film was as a whole. This is a film that I felt really annoyed with after I’d seen it.

Here’s the weird thing, it’s not even the worst horror film of 2018, no, we will get to that later.

9. Fantastic Beasts the Crimes of Grindelwald. The original Fantastic Beasts was a decent film, but this film stinks of re-writes and retcons. It retcons so much about the Harry Potter universe it’s very clear that it makes you feel like J.K. Rowling’s been pressured into keeping this franchise going along as possible. The film is a lame slug fest, the entire film is a middle act with no conclusion, that will confuse more than it succeeds.

8. Game Night. It’s another lame comedy, with characters you don’t like, who you wish ill will upon the entire film and it’s so dull. This film was just weird in every sense of the word. The film is a complete waste of its talented cast, many if which deserve way better than to be in this film.

7. Pacific Rim Uprising. Pacific Rim Uprising has a lot wrong with it, and it is so disappointing it has come to this. The original film was a real surprise for me and I really genuinely enjoyed it as an excellent love letter to Japanese Anime’s giant robot and Kaiju fiction, but this new one is just another lame giant robot movie, that wastes whatever potential it had left, before building to a sequel that no-one wants.

6. Venom. Venom is LAME! Stop defending this film. I’ve heard so many people say this film’s alright, it’s not, it’s crap. The film’s fundamentally flawed with just this basic premise. Venom as a character just doesn’t work in this environment. Tom Hardy might be a talented actor but he really can’t work with the material he’s given. The post-credit scene suggests we are getting another one of these… good luck, I’m out.

5. The 15:17 to Paris. This is one of the most boring films I have ever seen in my life! I am not joking, nothing happens in this film. The film’s a whole build up to an event and the rest of the film we are just watching somebodies holiday video. I barely enjoy watching these on YouTube, let alone a massive cinema screen. What’s more, I had a hard time believing Clint Eastwood directed this film, this is his worst directorial job to date. If there’s anything this film has proven, it’s hiring the real guys, doesn’t make your film better, hire actors!

4. Slender Man. I’ve rarely seen a horror film made this badly, but Slender Man is inconsistent from scene to scene. It does its job poorly by having no suspense what so ever, turning it into a lame jump scare fest. Easily one of the worst horror films in recent memory and it is clearly a film that has been through terrible production trouble as they have no idea how the script is meant to go and even who the main characters are meant to be.

3. Robin Hood. I have rarely seen a film this appallingly bad. Robin Hood really takes the cake. This film is a completely appalling take on turning Robin Hood into a superhero, giving him an origin story. Everything about this film is terrible. The acting is awful, the cinematography is terrible, the action scenes are a waste of time and what was the point of hiring archery experts to try and train these guys when half this film is computer generated. Really this film is appalling, and when you make the Russel Crowe film from 2010 look good, you know you’ve done something wrong.

2. Jurassic World Fallen Kingdom. It’s rare that I have been annoyed with a film as much as this, but, Jurassic World Fallen Kingdom really does it for me. This is really a low for the franchise, having absolutely no merit to it. The special effects are terrible, the dinosaurs have become a complete after thought within this film and it’s got lame sub plots that go absolutely nowhere. The film is clearly a middle portion of a planned trilogy and has turned the dinosaurs into horror movie villains, that’s gutting the morals and ideas of Jurassic Parks decision. Don’t even get me started on that ending. The Jurassic Park franchise is on decline and this is the combination of it, god knows what they are trying to do with the sixth movie.

1. Sherlock Gnomes. I’d really just like to be fair to Jurassic World as it is at least on some levels competently directed and shot, even if everything else about it just seems to annoy me, and at least Jurassic World Fallen Kingdom in theory had a reason to exist. Who was crying out for a Gnomeo and Juliet sequel, could you please seek help because this is what we got. Gnomeo and Juliet was never a great film, but it was at least passable and it ended there. This film has no reason to exist, the limited humour the first film had is now incredibly lame, the animation is beyond appalling. Really, I’ve seen made for TV animated films that look better than this and good god this film has one of the most annoying villains I have seen in a film in a long time. It’s clearly a marketing ploy they then began to film around and it’s some cathartic justice that this is where Johnny Depp’s career has led him too.

Well that’s it, another year, another film I’ve hated aimed at kids.